ABC Video was the home video arm of the Australian Broadcasting Corporation, active from 1985 until 2006 when was shut down in favour of ABC DVD, which was launched a few years prior.

The label was similar to Video Collection International, BBC Video (which they co-distributed with Roadshow) and Pickwick Video Group in the UK. Their releases were distributed by Roadshow Entertainment. 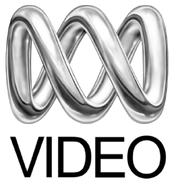