Big Bird is an 8'2" yellow bird who lives on Sesame Street. Since Sesame Street premiered in 1969, Big Bird has entertained millions of pre-school children and their parents with his wide-eyed wondering at the world. Big Bird is also a bird who makes friends easily.

The world-famous bird has been a central character on Sesame Street for the program's run, debuting in the first episode. The big yellow bird can roller skate, ice skate, dance, sing, write poetry, draw and even ride a unicycle — pretty talented for a character described in the TV show's writer's guide as a 6-year-old. But despite this wide array of talents, he's prone to frequent misunderstandings, like thinking that the alphabet is one long word.

Big Bird lives in a large nest behind 123 Sesame Street and next to Oscar's trash can, and he has a teddy bear named Radar.

Big Bird helps children feel all right about not knowing everything because he himself does not know everything, and encourages them to inquire: a common Big Bird phrase in recent years has been "Asking questions is a good way of finding things out!" He also teaches other life, alphabet, and numerical lessons: "I guess it's better to be who you are. Turns out people like you best that way, anyway."

For many years his best friend Mr. Snuffleupagus (who Big Bird calls Snuffy) was deemed as imaginary by the adults on Sesame Street. Every time Snuffy would visit, he would coincidentally leave just before the adults arrived. Despite not being believed by the adults, Big Bird continued to assert that Snuffy was real. In the early 1980s, a string of high-profile child sexual abuse cases caused Sesame Workshop (then Children's Television Workshop) to eliminate this running gag, fearing that children would take to heart the message that, if adults don't believe something out of the ordinary even when they are telling the truth, they'd be just as well off to remain silent.

Big Bird's closest human friendship, however, for many years was with storekeeper Mr. Hooper, who made his birdseed milkshakes. Big Bird's inability to say the storekeeper's name correctly (most often rendered as "Mr. Looper") was a source of frustration, but they remained close. Big Bird took center stage on Sesame Street in the early 1980s, when the show dealt with the death of Mr. Hooper (necessitated by the death of Will Lee, the actor who played the role). Big Bird got confused when he tried to go into Hooper's Store to give Mr. Hooper his drawing Big Bird made of and for him. The adults, including Maria, David, Bob, Susan, Gordon, Olivia and Luis tell Big Bird that Mr. Hooper is not coming back because he's dead, and when people die, they don't come back. ("Ever?" "No, never") Big Bird's realization that Mr. Hooper wasn't just gone temporarily, and Big Bird's acceptance of Mr. Hooper's death, have been hailed as a milestone in children's programming. 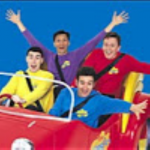